20 Savage Roasts For Haters To Destroy Them 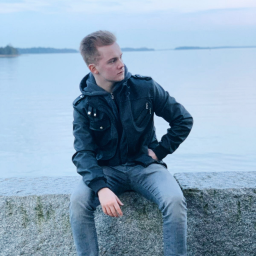 Are you looking for genius roasts for haters? If yes, you’re in the right place.

Good old haters. Pretty much everybody has had them, and probably struggled with them. I’ve had several haters in my life, but once I learned the truth about them, it became pretty funny.

A hater can be a bully, a moron who’s jealous of you, or something completely else. But the one thing all haters have in common is that they’re losers.

Realizing this is the first step in dealing with haters. However, sometimes you may have to encounter them. That’s when having good roasts for haters is nifty.

In this post, I’ll share 20 comebacks that you can use when you’re dealing with haters. In the end, I’ll also share how to do this effortlessly and avoid some rookie mistakes.

Roasts for haters when they insult you

Roasts for haters when they brag

Comebacks for haters when you hear about them

The key to good comebacks for haters

When it comes to arguing with haters, there are some key fundamentals to remember. Execute them properly and your results will skyrocket. Fail to do so and consequences may be nasty.

The key is to never be the one who loses their temper. When in an argument, the one who freaks out usually loses. It means that the other one has gotten under your skin. Whatever you do, don’t react emotionally. I know, it may require some practice but that’s OK.

So, you must adopt a deep belief that their opinions don’t matter. When you do this, even the most clever insults won’t get them under your skin. If you can stay calm and confident, you’ll have the upper hand. Your emotional reactions are the fuel that keeps haters going. Take it away from them and they’ll starve.

Doing this becomes easy when you realize the truth about haters: They’re losers. I have an entire article about dealing with haters so I recommend checking it out here.

Imagine someone insulting you when you can’t take them seriously. Their clever insult won’t hurt you and you can roast your haters with ease. That’s because you’re congruent in what you say.

Your underlying beliefs and mentality will bleed into your words, tonalities, and gestures. I talk a lot about mentality and inner game in my blog because it’s so important. When you’re congruent, you can say pretty much anything you want. Charismatic people are famous for doing this.

How to stay congruent in an argument

Being congruent and confident is way more important than fancy comebacks. Comebacks and roasts are great, but you must maintain a strong frame control.

Your “frame” is the way you see yourself, other people, and the world around you. Frame control means your ability to control it. I even have an entire article about that.

You can create a strong frame by realizing that haters are losers. You never get judged by someone who has more than you. Only by people who have less. Successful people are famous for focusing on themselves, rather than pulling others down.

If someone hates you, it can mean many things such as:

Haters can actually be a good thing. It means that you’re gaining exposure. You’re remarkable enough to distract someone from their own path.

When you let this sink in, you can’t take your haters seriously. Even if they happened to insult you and make you feel bad for a while, you couldn’t give a shit in the long run. They’re a bunch of clowns that make you amused, rather than upset. Their arrogance can even be funny.

Haters don’t mean anything personal. They’re a sign that you’re doing something well. After all, they’re just losers who try to pull you down because they don’t have what it takes to lift up themselves. Keep this in mind, and your roasts for haters are 10X more powerful.

The comebacks in this articles are built around this idea. After you’ve realized the truth about haters, read the them again.

Haters can be frustrating. Especially when you’re in a bad mood. That’s when you don’t want anybody whining at you. Luckily, dealing with them can be easy.

Again, I recommend checking my article about dealing with haters if you want to learn more. That’s where I share a three-step process to deal with them and get the best revenge possible. Without giving them any energy.

Facing them may also require confidence. If you want to learn more about that, check out my confidence category. I’ve written many articles for awesome readers like you. I even dedicated a chapter for haters in my ebook, Godlike Confidence Blueprint.

Dealing with haters is a fascinating topic. If you have any questions, leave a comment or shoot me an email. With this said, see you in the next post!

About the Author Veikko Arvonen

Veikko Arvonen is a blogger with a burning passion for self-development. In his blog, he shares battle-tested tips to become more confident, charismatic, attractive, and happier. Back in time, he got tired of being at the lower end of the pecking order and decided to change. Now, you can learn his lessons from this blog.

Stop Caring What People Think About You – Ultimate Cure

How To Be Popular – The Ultimate Guide

11 Confidence Ruining Mistakes & How To Fix Them

This website uses cookies to improve your experience while you navigate through the website. Out of these, the cookies that are categorized as necessary are stored on your browser as they are essential for the working of basic functionalities of the website. We also use third-party cookies that help us analyze and understand how you use this website. These cookies will be stored in your browser only with your consent. You also have the option to opt-out of these cookies. But opting out of some of these cookies may affect your browsing experience.
Necessary Always Enabled
Necessary cookies are absolutely essential for the website to function properly. These cookies ensure basic functionalities and security features of the website, anonymously.
Functional
Functional cookies help to perform certain functionalities like sharing the content of the website on social media platforms, collect feedbacks, and other third-party features.
Performance
Performance cookies are used to understand and analyze the key performance indexes of the website which helps in delivering a better user experience for the visitors.
Analytics
Analytical cookies are used to understand how visitors interact with the website. These cookies help provide information on metrics the number of visitors, bounce rate, traffic source, etc.
Advertisement
Advertisement cookies are used to provide visitors with relevant ads and marketing campaigns. These cookies track visitors across websites and collect information to provide customized ads.
Others
Other uncategorized cookies are those that are being analyzed and have not been classified into a category as yet.
SAVE & ACCEPT